Hani Eldalees During a long day wandering around the woods looking for edible grains and herbs, Shennong, the tired farmer, poisoned himself 72 times unintentionally. But before poison kills his life, The wind drove a leaf to his mouth. Chewed it and saved his life, So we discovered tea. Or at least that’s what legends have told us. The fact is that tea does not cure toxins, But the story of Shennong, The imaginative Chinese man of innovative agriculture, She stressed the importance of tea to ancient China. It was first planted in China, according to archaeological evidence 6000 years ago, Or 1500 years before the pharaohs built the Pyramids of Giza. Original Chinese tea plant Is the same type that is cultivated around the world today, But the method of consumption was different at the beginning of planting. It was eaten as a vegetable or cooked with cereal porridge. Tea was transformed from food into drink only 1,500 years ago When people are alerted that a combination of heat and moisture It can produce a complex and varied taste of green tea leaf.

After hundreds of years of changes in the method of preparation, Hot tea has become the norm, Tea leaves are stacked in easy-to-carry tablets, Grind it into powder, And then mixed with hot water, A syrup, called Moo Cha or Matcha, is extracted. Matcha syrup has become very popular and thanks to it has emerged the distinctive Chinese tea civilization. Tea was a major subject of books and poetry, And the favorite drink of emperors, And inspiring artists. They drew exaggerated inscriptions in the tea foam, Which is very similar to the art of espresso coffee, which we see in cafes of our time.

In the 9th century AD during the Tang Dynasty, A Japanese monk introduced the first tea plant to Japan. The Japanese eventually developed their own unique rituals regarding tea, That led to the Japanese tea ceremony. In the 14th century during the Ming Dynasty, The Chinese emperor changed the customary way From canned tea in tablets to non-canned tea leaves. At that time, tea trees were a monopoly on China, So tea was one of China’s top three exports, In addition to porcelain and silk. China gained a great deal of power and economic influence As a result of the spread of tea syrup all over the world. That spread began in earnest in the early 17th century When Dutch merchants introduced tea in large quantities to Europe. Many credited Catherine of Braganza, a Portuguese descendant of a noble family, In making tea popular with the English aristocracy, Through her marriage to King Charles II in 1661. 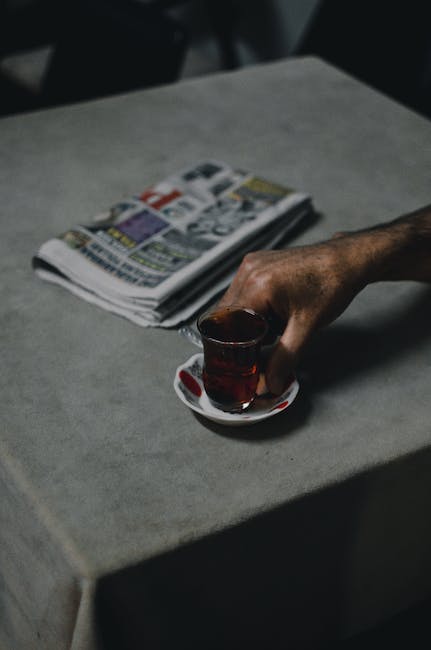 At a time when Great Britain was in the midst of extending its colonial influence To become the new dominant global power. The greater the influence of Great Britain, the greater the demand for tea around the world. By the 18th century, tea in Europe was sold at ten times the price of coffee. Although tea plant is still grown only in China. The tea trade was very lucrative So that “ship scissors” the fastest sailboat in the world, It was created as a result of intense competition between Western trading companies. Companies were racing to be the first to bring tea to Europe To maximize profits.

Britain initially paid silver for Chinese tea. But when they realized it was too expensive They suggested swapping tea for another opium. Which has caused a public health problem in China Led to drug addiction in China. Later in 1839, a Chinese official ordered his men To destroy the huge British shipments of opium As an expression of rejection of British hegemony over China The first opium war between the two countries arose as a result of this behavior. The conflict raged on the Chinese coast until 1842 Which ended in the defeat of the Qing Dynasty and its abdication from Hong Kong’s port of Britain And resume trade on unequal terms. The war has weakened China’s global standing for more than a century. The British East India Company wanted to grow tea itself And increase its control over the market. So it cost botanist Robert Fortune Steal tea from China in a secret operation. Hide disguised and travel on a perilous journey Across mountain tea areas in China. He eventually smuggled tea trees and experienced workers To Darjeeling in India.

Since then, the tea plant has spread, This has helped to rapidly increase the demand for tea as a daily commodity. Today, tea is the second most consumed drink in the world after water. Of Riza’s sweet Turkish tea, To buttered salty tea, Tibetan drink, There are many ways to make tea syrup They vary across cultures in this world.

Go to teasourcing.com if you want to buy chinese teas.